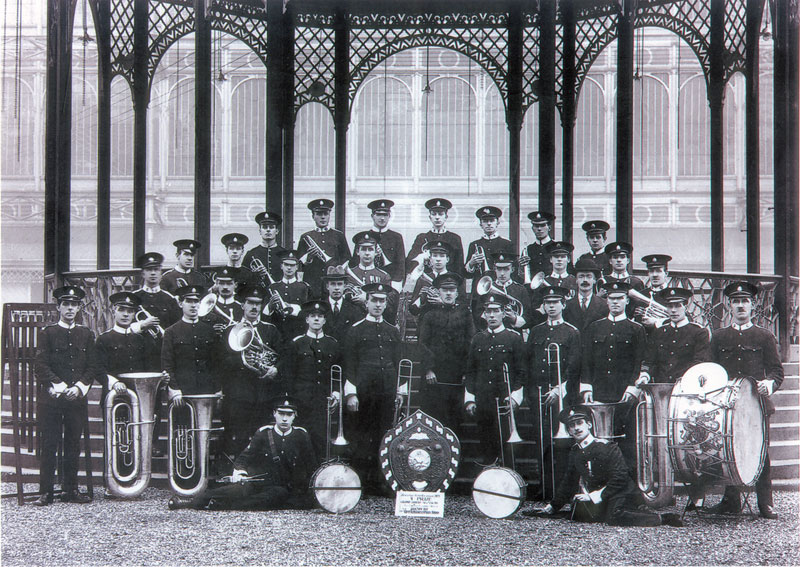 Further information about the 1921 Band Picture
• The original picture has been restored and it was kindly sent to us in 2006 by Julia Lund, the Grandaughter of Robert Barter (Solo Cornet) who is in the picture.
• We are very grateful to have the fascinating Souvenir Concert Material, sent to us in 2005 by Chris Ingram, the Son in law of Ivan Blagden. Ivan is third from the left, second row from the back (Second Cornet)
• Robert Chesssell from Canada reports in 2010 that his grandfather Percy Melville Philpot Chessell (d.1938 aged 49) is the player to the immediate right of the shield (First Trombone)
Robert still has the gold watch, presented to Percy, in recognition of his 21 years service with the Band.
Have a look at pictures.of his gift below