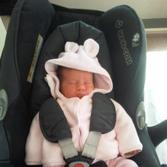 Julie's Wedding - August
Ex Back Row Cornet player, Julie Pilgrim, got married during a short trip to the UK from New Zealand.
Clare Suter writes;
Julie Pilgrim came back from New Zealand earlier this month for her wedding to Michael (who played with us a few times but also used to play with Fulham) - Kirsty and I represented the 'back row babes' at the evening reception - I took a few pics. It really was a 'flying visit' here as she and Michael were flying back the day after the wedding. They are both really enjoying it in New Zealand and are not sure when they're next back again but it was lovely to see them."
Congratulations from all the band and we all wish you and Michael every happiness for the future!

It was nice to be back at Horniman in the Spring. The rain just held off for us.
Thanks to John Hargreaves who stood in for Mike as our MD. Pictures

Thanks to the Charlton Heritage Trust for inviting us to play at this lovely Jacobean House in glorious spring sunshine.
Pictures

SCABA Entertainments Contest, Crawley - 20th May
Second Prize in the B Section! We were awarded 'The Harry Vickers Memorial Trophy' & Certificate. Silverware for Palace at last! Pictures.
Well done team and a special thanks to our soloists, Muhamad Badri, Dave Howell, Dave Maher and our tireless MD, Mike Gray. Many thanks also for the many supporters sending in messages of congratulations, including ex CPB member David Banks-Broome on our Guestbook (He featured in the 1966 Band Pic).
Our selection was the March 'Army of the Nile', a 'Song from the Auverne', 'Star Trek', 'Ive got you under my skin' & 'Doyen'.

First Concert of the Season. Some sun at last, but very windy! Pictures 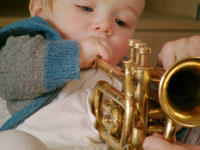 Congratulations to the Progress Band in getting a 'Distinction' in the Brass Section of the Festival - Pictures
And our young percussion player Josh also won more awards! Well played!

Joshua entered two categories last Saturday in the “Jazz, Rock and Pop” section: “percussion solo” and “jazz improvisation solo – any instrument”. He was awarded first prize in both categories, being awarded “merit” (despite dropping a stick during the performance!) and “outstanding” respectively. At the end of the event, Joshua then went on to be awarded with the prize of overall winner for the day across all performances in all categories for producing the only performance of the entire day to gain the highest classification of “outstanding”! He was also given The Royal Russell Award, which is a monetary award (much to his pleasure!) for “the most promising school aged performance”. Two of the adjudicators subsequently suggested to us that we make contact with the junior departments of the four main music colleges in London with a view to sending Joshua to Saturday classes. Joshua has acknowledged the CPPB's part in this success and for this we would wish to thank you.
Best regards, Vic & Yvonne Davis.